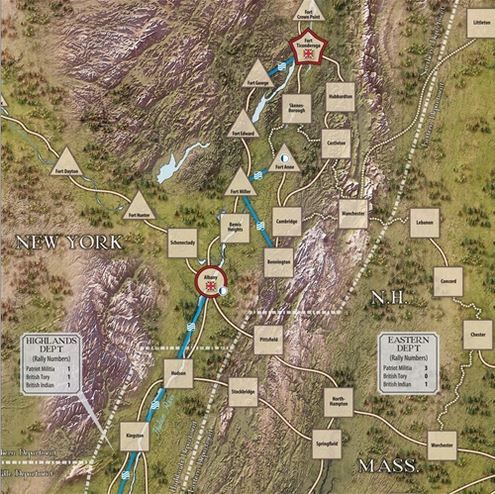 I've spent the past couple of hours punching and clipping Joan of Arc's Victory 1429 and Harold Buchanan's Campaigns of 1777. I need to give my hands and wrist a break from the clipper.

I'm hoping to play both games in the next couple of weeks. Terri (my wife) seems interested in both. We've visited Brandywine, Saratoga, and Fort Ticonderoga in the past couple of years. The character of Joan appeals to her. She can relate to these games more than others in my collection.

Speaking of operational gaming, the 1809 Kriegsspiel game continues. Progress is slower than I like. Some of this is due to time spent getting orders back from players. Some of it's due to my own lack of energy and drive. It isn't that I'm not interested in the game. Life and work are requiring more social interaction from me these days. I find that exhausting. Most evenings I find it hard to muster the focus and energy to game. That slows things down. 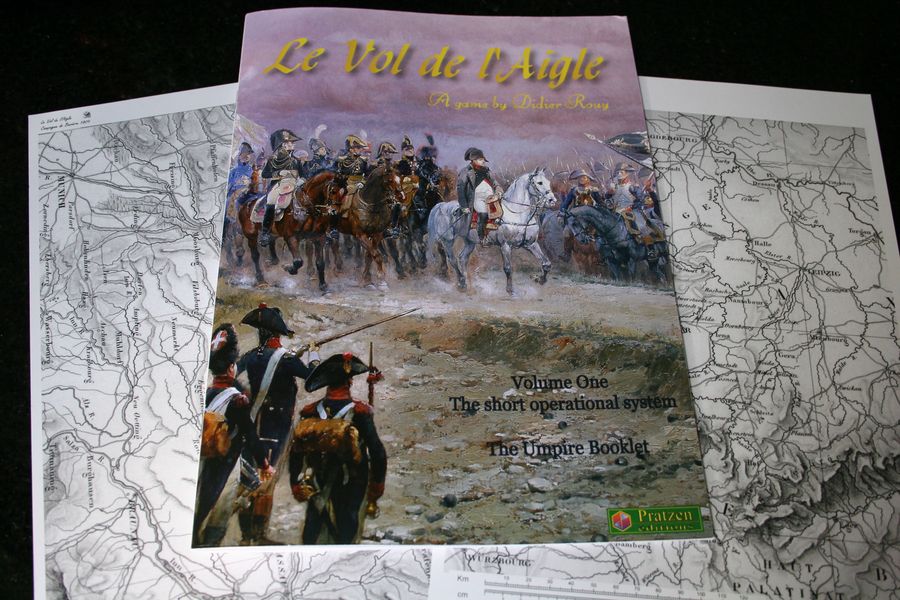 The campaign has developed in interesting ways, though. We have a mix of experience levels with Napoleonic warfare among the group. Most players have wargaming experience, but are more familiar with more modern eras. The slowness of communication and movement is both surprising and challenging for them.  As the umpire I need to remember that my decisions need some clear explanation for players to understand what's going on.

Kriegsspiel-style games seem to be eating my brain. For a game to appeal to me these days it needs to incorporate Kriegsspiel-like aspects. I want Fog of War. I want communication and order delays. Movement systems that aren't hex-based are big for me.

My recent reading has focused on the late Medieval and Renaissance period. I've conceived an interest in the Hundred Years War, the Wars of the Roses, and the Italian Wars. Some of what I've been reading includes:

As usual, my gaming has generally conformed to my reading. My regular Thursday night gaming partner and I dove into a game of Blood and Roses. This game is part of the "Men of Iron" series covering the Wars of the Roses. We enjoyed it very much. I especially enjoyed that the game has no real turns. Play passes a variable number of activations back and forth between players. We played the First St. Albans scenario to a Yorkist victory in one sitting. I later played most of the Wakefield scenario from C3i Magazine solo. I found it both fun and a reasonable simulation of the battle.

David and I have been playing and replaying Blenheim 1704 from Legion Wargames. This is an unusual game that uses something called the "Seven Hex System." On the surface the game seemed light, and lacking some depth. That was a wrong impression! We needed a couple of resets to get our head around the rules. It isn't that it's too complicated. Rather the Seven Hex System challenges a fair amount of what a couple of old grogs "know" about wargames. There's a depth to this system that's very engaging. The more we understand it the more thinking we're doing over each move. The game drives this via a unique orders system. The system replicates the difficulty of ordering an 18th Century army to do anything.

All is Lost Save Honour is on my computer screen via Vassal, and has been for days. I've managed to play a single turn of the first scenario. I want to like and play this game. I still find it heavy going. I spend too much time consulting the rule book to understand complicated game systems. I contrast that with Blenheim 1704. In that game once learned, the player almost never has to even look at a chart, let alone the rules. This game is descended from Zucker's NLB system, but seems to have abandoned the elegance. As far as I know this is the only thing extant that covers the Italian Wars at an operational level so I'll keep at it. I hope something will click.

I've finished the game development work for Sean Chick's Horse & Musket Annual I. I've handed off to Tom and Mary at Hollandspiele, who are finishing things up for publication. We should see the Annual available soon, subject to all the variables of game publishing. There are some entertaining scenarios in this one, from a variety of authors. David Fagnand put together excellent Vassal modules for the games in the series. The quality-of-life stuff David put into these makes playing the game via Vassal more fun for me.

Next up is Horse & Matchlock, or "Volume 0" in the series. For this one we're going back before Dawn of an Era. The game covers the Thirty Years War, the Franco-Dutch War, and other battles in that general era. There will be some rule changes to better reflect the armies and weapons of that time. The core system stays pretty much the same. I'm hoping to dive into development work on this one this week.

I'll be running Kriegsspiel games in the Armchair Dragoons booth this year at Origins. These will be a quick-playing variant of the Von Reisswitz rules. Jim and I are also doing a War College talk on the gaming the Napoleonic period. We'll be discussing how choices for the size of the primary maneuver unit can impact your game. The rest of the Armchair Dragoons crew will be up to the usual. Stop by and say hello.