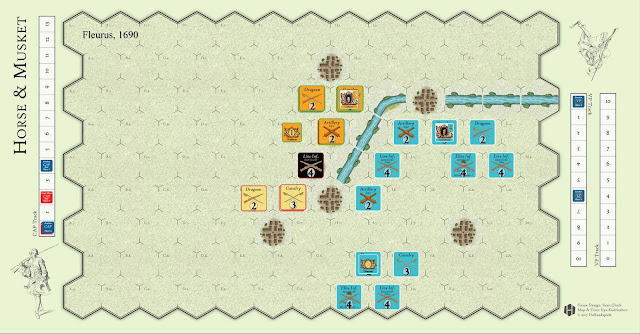 I mentioned in my last post that I'm fortunate to have a group I can regularly game with. Most of these players are distant from me. Gaming online is something we're all familiar with. Dealing with the pandemic lock down hasn't been any impediment to playing.

So it was a pretty active week of gaming for me. On Wednesday I had a Vassal game of Horse & Musket with my friend Vance from Armchair Dragoons. We played Fleurus 1690 as a means of introducing him to the system. Despite what I said in my last post, I don't really mind introducing an experienced player to a new system. Vance took to this like a duck to water. It was a delight to see him quickly grasp the importance of and methods for employing combined arms. Despite not having much luck with his artillery (I don't think he landed a single shot) he pulled off a victory with his French in nine turns. We had great fun, and I'm looking forward to playing more Horse & Musket with him. 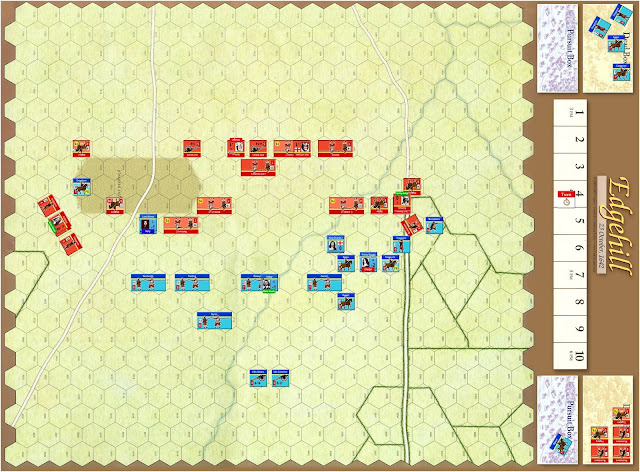 On Thursday David and I tackled the first three turns of GMT's Musket & Pike series Edgehill from This Accursed Civil War. This was a second play of this for us. We swapped sides this time, David playing the Royalists and me Parliament. It seems like we're getting a good handle on the game mechanics. I could wish for a better Vassal module for this battle. Weird things happen, like units sent to the Pursuit Box disappear.

In our first game we learned we'd been making a serious error in how we were treating Army Commanders. We weren't activating and using them nearly as often as they could be, making them mostly useless and seriously handicapping ourselves. Having corrected that this has been a very different game, with more action and more rallying. It's going to come down to a massive clash of infantry in the center again despite that. If you're interested in the game you can watch this first session on David's Twitch channel.


Great fun last night playing a massive six-player game of Blücher simulating the battle of Wagram. In four hours we've only made it about a quarter of the way through, but a very great deal has happened. I'm Napoleon in this one, assisted by two very able players as Davout and Massena. We paused the game just as things are starting to get going. Next week should see significant combat across the field.

Blücher is my favorite system for Napoleonic miniatures gaming. The scale, movement, and combat systems seem just right to me. I'm much more interested in this sort of game than I am something like Black Powder, which is really Warhammer in shakos. I'm not going to comment too much yet on the specifics of this game since a) it's still in progress and b) you can watch the video. Once we're wrapped up I'm sure I'll have something to say.

Check out Jim's channel for more of the Saturday Night Fights games, as well as a lot more gaming he's been doing using Table Top Simulator.

So, that's something like nine hours of wargaming with friends in one week despite the pandemic lock down. You aren't going to convince me that this hobby is dying or that you can't find people to play with. Half of the players in the Blücher game found Armchair Dragoons and joined after watching on Youtube, are relatively young, and weren't gaming with us six months ago. If you can't find people to play, the problem isn't the hobby. 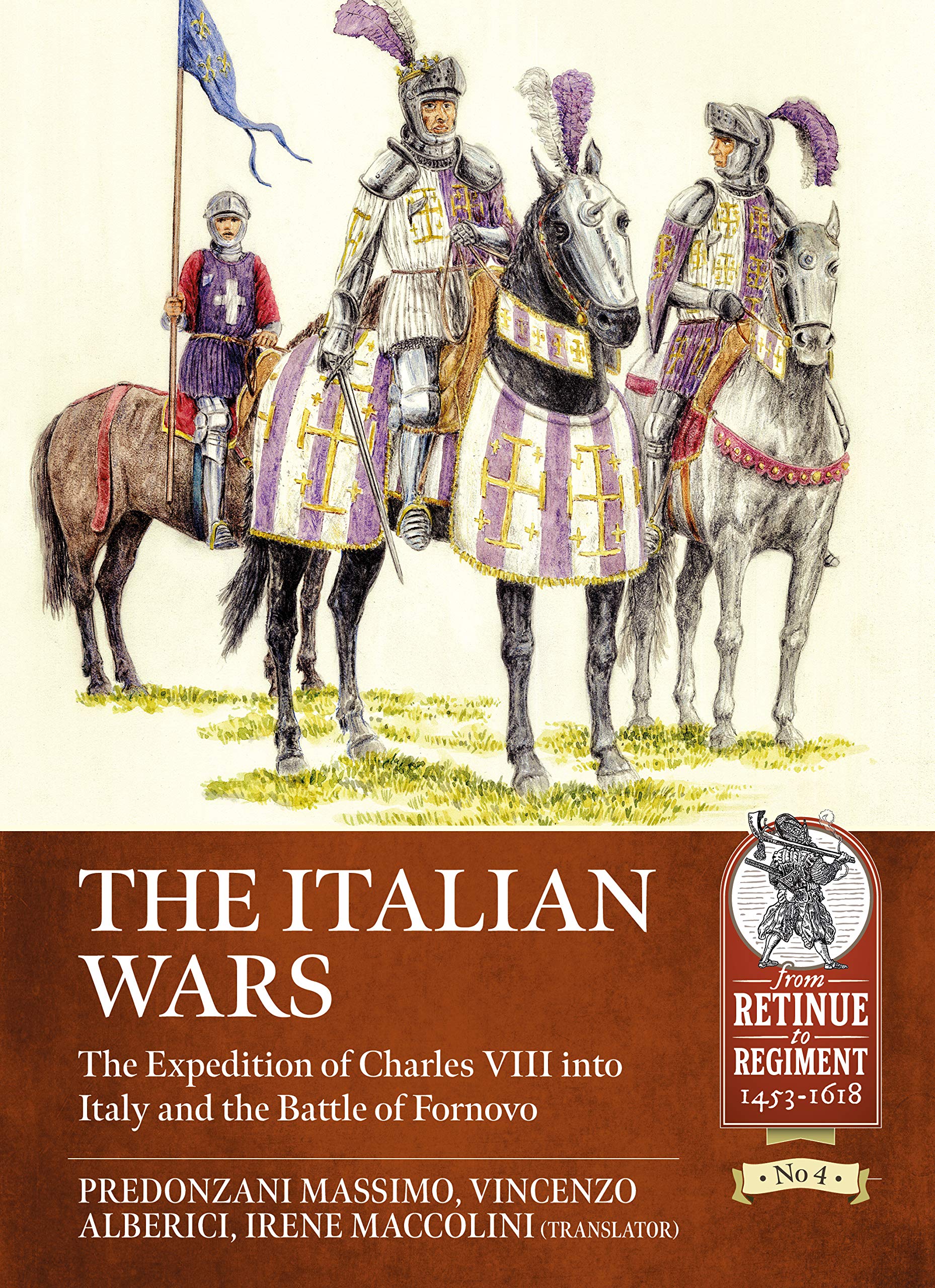 I've started the first volume of Helion's books on the Italian Wars covering Charles VIII's invasion of Italy and the Battle of Fornovo. This book is a translation from Italian and despite the usually good physical quality of Helion books the actual prose is a bit uneven.

I have a couple of good games that cover this battle and I suspect I'll end up playing at least one of them soon. I'm particularly interested to try Fornovo 1495 from Compass. The game is frankly gorgeous and from a first reading of the rules seems to have a particularly interesting cavalry charge system.

The game also uses an area movement and combat system. I've become a fan of this kind of system for the late Renaissance and early modern period over hex systems. I think they capture the period better. These armies just could not do the sort of maneuvering and flanking hex systems are designed to facilitate. Not only were the units not that maneuverable, the commanders, immersed in the fighting themselves, were not able to order units to engage in complex maneuvers. Area systems force players to better plan their attacks in advance, something that should be important in any game covering these armies.


I was motivated this week and also managed to clean up my gaming room. A year's worth of accumulated games finally made it on to the shelves, books were shelved, and mini painting projects were moved out of the gaming room and into their own crafting space. I have my desk back, complete with a decanter of Glen Farclas 21 for inspiration. If I can keep the dog from continually stealing my tricorne (she likes the feather) or my ushanka (she likes the fur) I can get back to using the space for research as well as gaming. In celebration The Fate of Reiters hit the table yesterday for some solo gaming. This is also an area movement and combat system covering the late Renaissance. I've played and liked the system in the past and have wanted to get the new game opened and tried for awhile. Probably more on that soon too.

Keep your head down and your powder dry. Stay safe during this crazy time and if you're looking for people to game with follow some of the trails I've left above. Above all, get some games on the table and have some fun.
Posted by Doug Miller at 1:38 PM