Some more Command screenshots.  I'm just getting started really learning this, but am getting an itch to try some scenario creation.  This AAR really illustrates the capabilities of the engine.  I think this just might interest me in creating some linked "story scenarios" using Command and CMSF, and maybe Arma II. 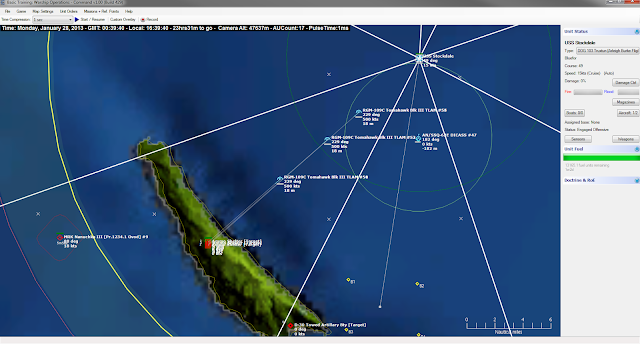 Firing TLAMs against some land targets. 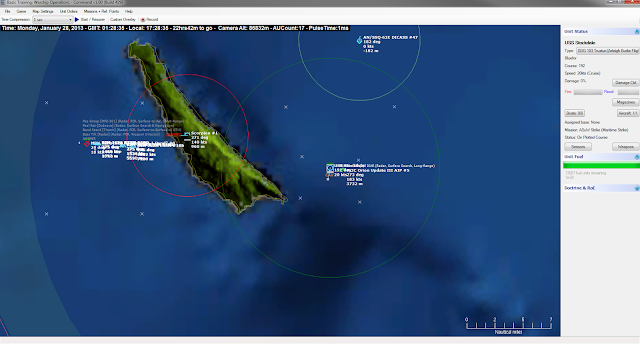 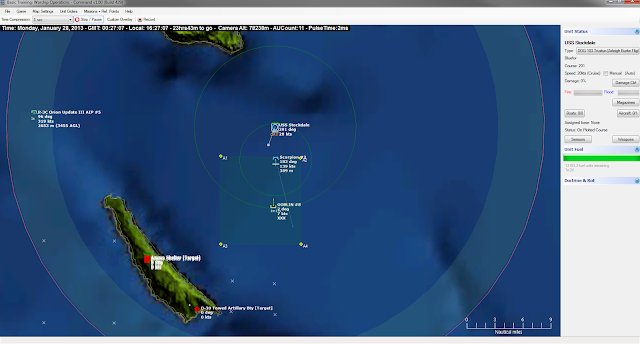 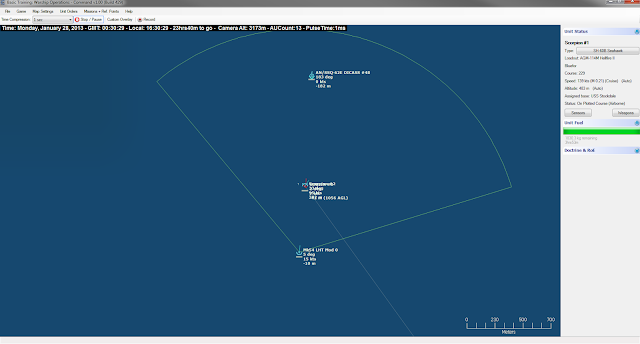 More sub hunting, up close.  An ASW helo hovers over the localized sub, while the torpedo it dropped earlier hunts.  To the north is a sonobouy. 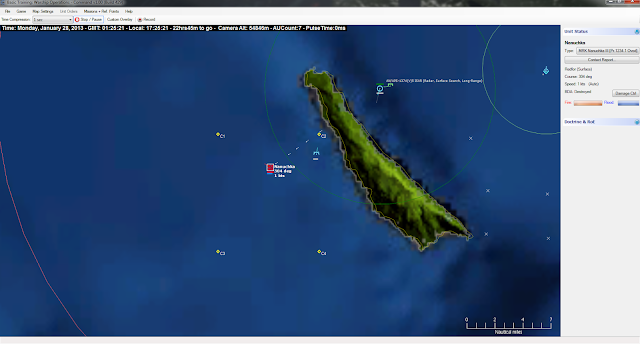 Naval gunfire sinks the damaged hostile missile boat. Yes, those are the individual rounds in flight. 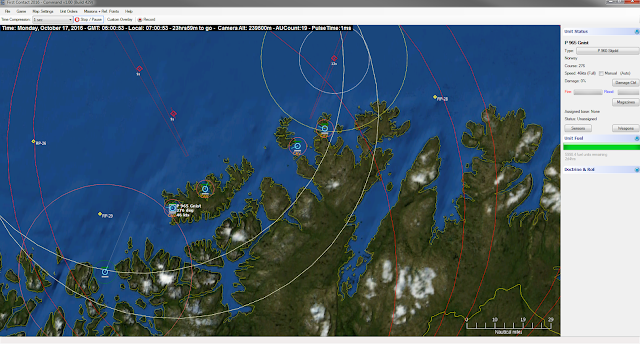 Norwegian missile boats and an FFG versus incoming Soviet ships.

While not yet perfect, Command is what I always wanted Harpoon to be but never was.  I think this is what the guys at Warfaresims.com were after, and they've done a great job.  I think this is going to be a great sandbox naval warfare sim, playable for hundreds of hours like Arma II and the Combat Mission games.
Posted by Doug Miller at 12:05 PM